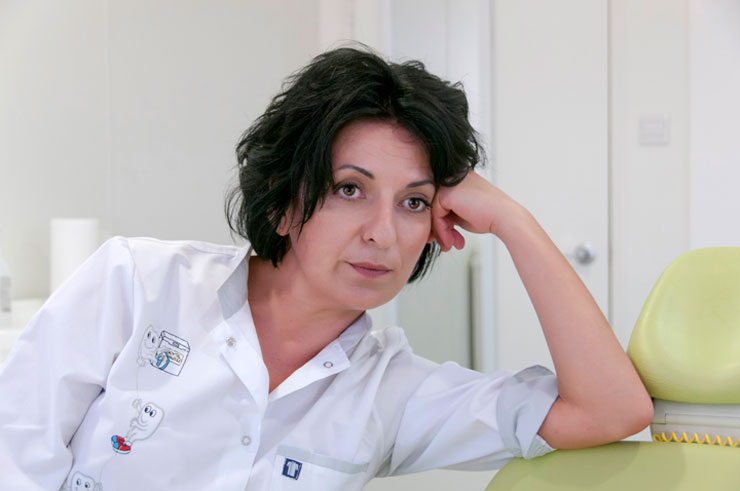 Dr Aliki Argiriadou-Pavolova was born in Tashkent (USSR) in 1966.

She graduated the Medical University ”I.P Pavlov” in Plovdiv Bulgaria in 1990.

She started her professional career in 1993 by opening her own dental office in Alexandrupolois, Greece.

She moved to Cyprus with her family in the 2010 and since then she works as a private dentist in Larnaca.

D-r Aliki Argiriadou-Pavolova has never stopped educating herself in her field.

She attended decades of congresses, seminars and workshops of dentistry worldwide.